Warren Glen is a challenge to walk as are most places at the moment, so I was pleased to find these fungi on the western side where there is a small patch of burnt gorse on Monday. Velvet shank, or Flammulina velutipes, can be found in late autumn through to spring and is said to favour dead gorse and elm (Marcel Bon). Fortunately this seems to be one of the few species of fungi that one can identify with some certainty without resorting to spore prints and a microscope. I particularly like the three in the hollow of the gorse stem.

Pretty much constant rain yesterday and last night (including a bit of snow) led to the most water I can remember seeing pouring out of the Quarry, heading for Warren Wood. There are places where it could go over the top of your wellies! Here’s a photo or twoplus one of a slightly snowy Warren Glen.

At the quarry face

At the top of Ecclesbourne Glen there is a wild rose hedge that has proved to be good habitat for invertebrates. A number of finds over the past year have been new species for the Country Park list. Despite the Bank Holiday Weekend being cold and blustery, fresh leaf growth on the rose hedge was worth searching as it revealed another new species. It was a parasitoid wasp of the Platygastridae family, and not only was it a new species for the Country Park list, it was a new UK species. Until last weekend there were four wasps of the genus Metaclisis on the UK list, there are now five. Metaclisis germanica was described earlier this year as a new species to science, and it had only ever been found in Germany. Identification was made by microscopic examination  comparing the wasp to the species description. 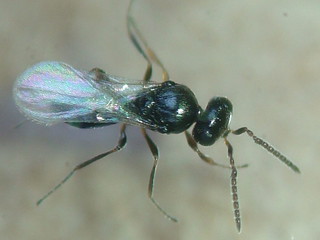 A search in tussocks of grass growing on the sandstone bluff in the middle of the quarry has found an interesting Springtail or Collembola. Anurophorus laricis is a new species for the Country Park, and also a new species for Sussex. Springtails are so called because they have a forked appendage (a furca) under their back end that acts like a spring enabling them to flip away when danger approaches. The species found yesterday has no furca, and hence the question arises as to whether it ought be called a springtail, perhaps better to use the preferred term Collembola. 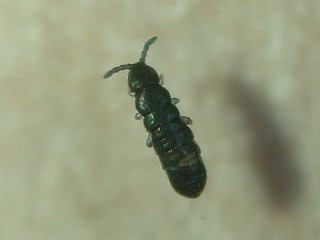 Wildlife in the Country Park takes many and varied forms, some are easier to see than others. The most challenging thus far is a wasp. It was found in long grass at the helipad and is a parasitoid of a species of weevil and a cranefly. At just under 0.5mm long it is difficult to be certain of the identification, but Anaphes regulus of the Mymaridae is the most likely. The Mymaridae family of wasps are commonly known as Fairyflies owing to their tiny size and remarkable fringed wings. They are the only family of parasitoid wasps to have a common name. 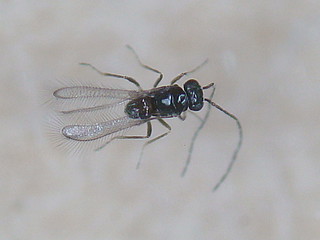 Bare patches in the former hedgeline on the Firehills provide a relatively sheltered warm microclimate that is a degree or two higher than the surrounding area. Consequently these bare areas are always worth a close look when seeking insects as so many are more active at higher temperatures since they live at the northern edge of their range in this country. A recent visit found a Turtle Shieldbug Podops inuncta. This species is not uncommon, yet it is infrequently found since its colouration blends so well with the soil and it is a ground dwelling species. It has not been previously recorded in the Country Park, nor in the local area. It has another common name, the Knobbed Shieldbug referencing those peculiar protuberances at the shoulder. 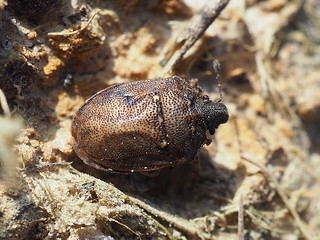 I could not resist posting a photo of Hastings’ new Shannon class lifeboat the Richard and Caroline Colton out on exercise about 0.5 nautical miles off the Firehills yesterday one of a series of exercises this week. A bit of a grey day and I hope for a clearer photo sometime soon.

Hunting through parched grass in the quarry in the hope of finding interesting insects, a wasp of a  new family was found. The family is Bethylidae, and the wasp is Epyris niger. It was entirely black, approximately 4mm long, and had a prognathous head. Microscope examination proved it to be a most interesting insect that is evidently quite a serious predator. It has a powerful sting to disable larvae of lepidoptera and coleoptera which are then dragged away – eggs are laid on the prey. This is another new species to add to the ever-growing list for the Country Park. 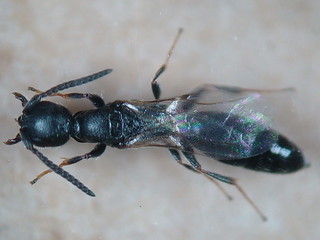 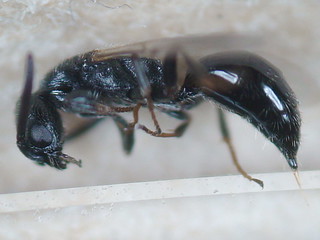 I must apologise to anyone who has tried to download the full Country Park leaflet recently. I was not aware that the link was broken. All restored now (until the next time!) and the updated map is now on the map page.

No this is nothing to do with internet malware! It is a reference to the Shakespeare play Troilus and Cressida. Today’s new record for the Country Park (and for me) is Troilus luridus aka Bronze Shieldbug. This is a predatory shieldbug which preys on a variety of other insects. My find is a final instar nymph which is possibly the most striking phase of it’s life cycle. The contrast between the green, white and metallic bronze is an amazing sight!