For some time now a pair of Moorhen have been breeding on Saxon Pond and this year they have had a second brood. I have not seen that previously. Another justification of all the hard work we put in there to open up the pond and breathe some life back into it. Plenty of dragonflies there too, compared to just 2 on Barn pond which is now badly choked up with the invasive alien plant, Parrot’s Feather. There are only 2 small clear patches of water, one where peoples dogs go in the water and another on the opposite side that fishermen have cleared.

One of the adult Moorhen:- 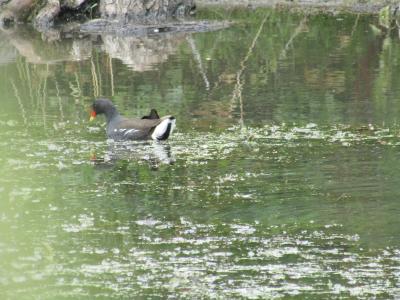 A chick from the second brood:-